All windows except those in the Narthex were created by Willett Studios, a 150-year-old studio in Philadelphia, which created all of the stained glass for the Cadet’s Chapel at West Point. Their work is internationally known and can be found from the National Cathedral in Washington, D.C., to St. Mary’s Cathedral in San Francisco to 14 foreign countries.

The stained glass windows in our Nave(the main area of the church were parishioners are seated) are placed in series of threes, with the center window the major event being depicted.

#1: The first set on the northeast end shows the birth of Jesus (complete with two donkeys and one lamb) in the center. On the left are the Shepherds appearing for the heavenly event, on the right the Three Kings bearing gifts. 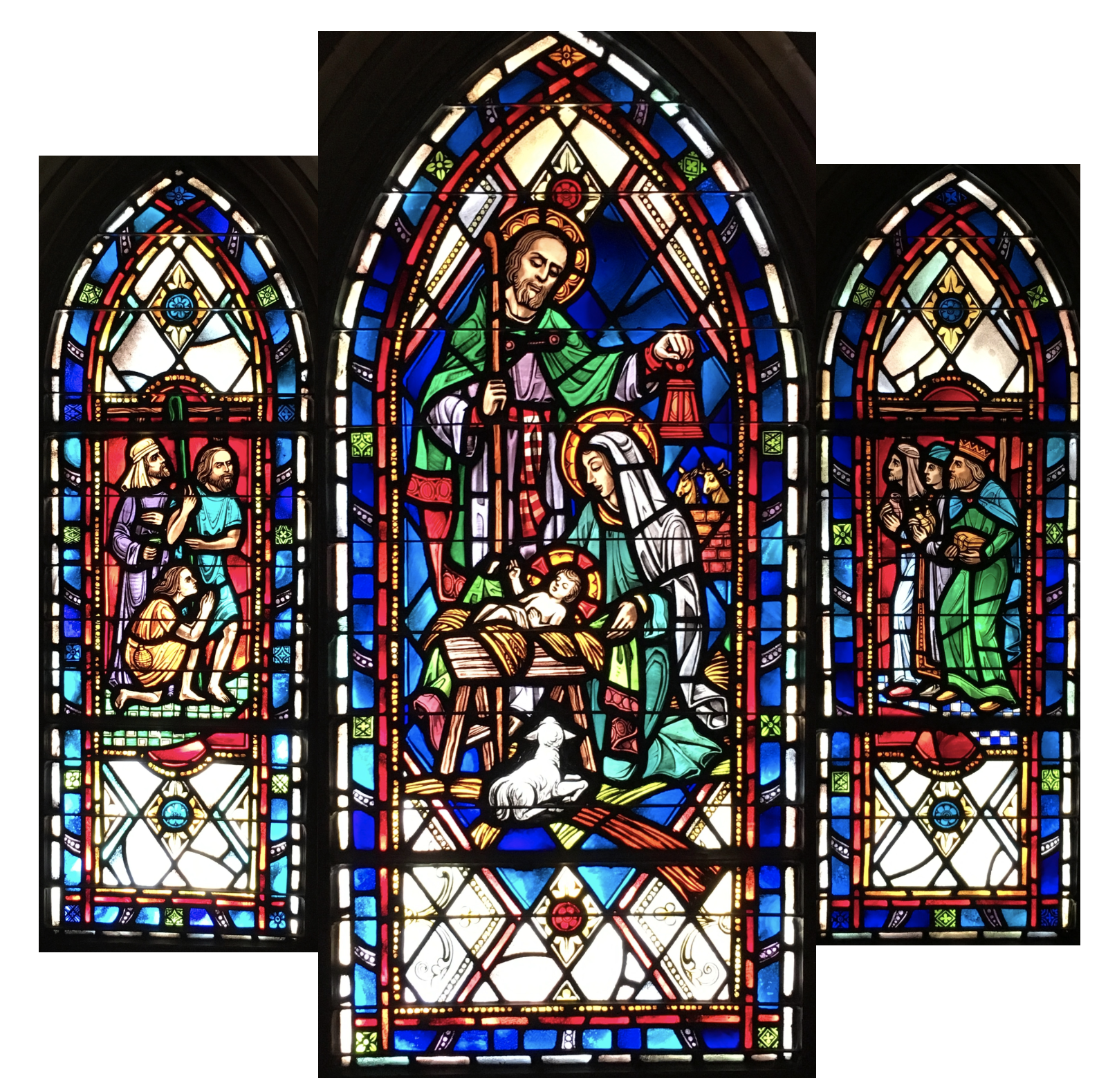